Home CELEB NEWS There’s no rot at MUSIGA for Anas to investigate – Bessa Simons
Share
Facebook
Twitter
Google+
Pinterest
WhatsApp
Advertisements
Sinceinvestigative journalist Anas Aremeyaw Anas released his ‘Number 12’ exposé on sports, there have been suggestions for him to turn his attention to the entertainment industry.
READ ALSO: I’m not interested in GFA job – Kwabena Yeboah
The proponents have asked the undercover journalist to probe the activities of the Musicians Union of Ghana, MUSIGA.
However, the Vice President of the Musicians Union of Ghana (MUSIGA), Bessa Simons, believes that Anas would be wasting his time if he gets into any investigation concerning MUSIGA.
According to him, Anas will find no acts of corruption against MUSIGA if he conducts investigation into their activities.
“Anas should try an investigation at MUSIGA. Apart from the fact that he may be wasting his time, there is no money at MUSIGA, there’s no money there. Who is going to take bribe? The person you are going to take bribe from wants money from you,” he told DJ Premier on Accra FM.

The call to investigate the entertainment industry and MUSIGA for that matter, comes as a result of the perception of mismanagement of the GHS 2 million that was allocated to the music sector by the government in 2012 as part of its fiscal budget.
The President of MUSIGA, Bice ‘Obour’ Osei Kuffuor, has been criticized for not using the money for what would really benefit the members.
However, he has outlined what the money was intended for and the tasks executed.
How MUSIGA used the 2m budget money
According to the 2012 budget statement, the GH¢ 2 million was earmarked for two things: impact assessment of the music industry and the 2012 Music Fair.
The Music Fair was organised in 2012. The Comprehensive Research into the contribution of the music sector to the Gross Domestic Product was also conducted and a report duly launched.
The survey done by KPMG shows that the sector adds approximately GH¢ 73 billion to the GDP of Ghana, representing 0.20% of the 2012 GDP at current prices.
According to Obour, about GH¢ 800,000 was used to pay for the research and its execution (eg. Paying research consultants) GH¢ 800, 000 was also used for the Music Fair and GH¢ 300, 000 was used for Institutional Strengthening.

The remainder GH¢ 100, 000 was given to the Ghana Association of Phonographic Industries (GAPI) for their Institutional Strengthening.
Mr. Kuffour explained that the research that was done has long term benefits to the industry.
He stated that MUSIGA together with the National Film and Television Institute (NAFTI), has instituted the MUSIGA Academy to train musicians.
Obour added that the MUSIGA board, after the research and advice by KPMG focused on improving the Ghana Music Rights Organisation (GHAMRO) and finding viable ways to pay musicians their royalties. 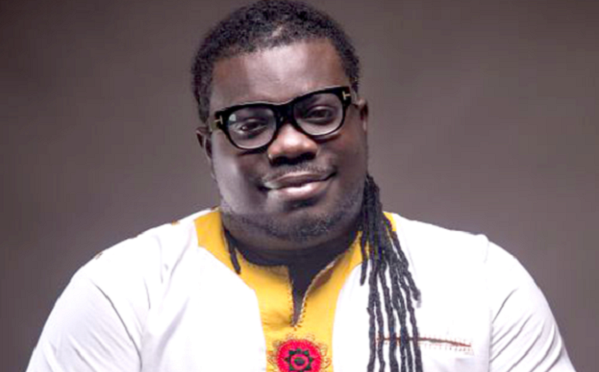 MUSIGA President – Bice Osei Kuffuor
MUSIGA also prides itself with the creation of the Creative Arts Council.
According to the President, the creation of the council was one of their recommendations from the KPMG research as captured on Page 39 of the abridged version and page 202 in the main document.
However, some have opined that the union did not use the money for the pressing needs of the musicians.
Others have expressed doubts about the cost of the projects outlined in the report, hence the call for an investigation into how much was really spent.
In the meantime, the union is preparing to go to congress next year to elect new officers.
By: citinewsroom.com

VIDEO: I won’t give Shatta Wale my platform – Prophet Kofi...

VIDEO: Efia Odo Caught On Camera With A Man