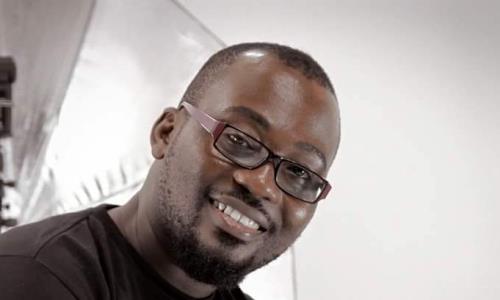 Mr. Ezekiel Tetteh, the Chief Executive Officer of Solid Multimedia
Last month, there were speculation by a section of the entertainment media about the possible postponement of this year’s edition of Bass Awards, the only awards scheme which focuses entirely on Dancehall and Reggae music.

This week, organizers of the awards, Solid Multimedia and Bullhaus Entertainment during a media briefing in Accra dropped the bomb, confirming that this year’s edition of the annual event will not be held.
Making his comments, Mr. Ezekiel Tetteh, the Chief Executive Officer of Solid Multimedia indicated that “after the maiden edition of Bass Awards five years ago, the awards has grown to become Africa’s biggest Reggae and Dancehall awards platform celebrating exceptional talents and awarding others who have contributed to the growth of the Reggae and Dancehall genre and the music space in general”.
READ ALSO: PHOTOS: Actor Abass Killers arrested
Mr. Tetteh further added that “the cost of organizing the awards keeps rising each year and we have done our very best to ensure we have a great show each year in spite of all the challenges we have encountered. Unfortunately, we are not in the position to pay the bill for the awards this year and most of the companies we have approached for partnership and sponsorship have declined due to the current economic conditions. This leaves us with no other option than to postpone the awards to next year after extensive consultations with all relevant and key stakeholders”.
READ ALSO: Ghana Actor\’s Guide Press Statement On Kumawood Actor Abass Death
On his part, the Chief Executive Officer of Bullhaus Entertainment, Kendrick Yehowada, urged all Reggae and Dancehall musicians to continue pushing the genre and promoting their works as he thanked them and all other stakeholders who have assisted in diverse ways in sustaining the awards over the period. He expressed his optimism of a better and bigger Bass Awards in 2019.
Advertisements

Chris Attoh’s late wife received many threats “all over” – Family...

Samini And Stonebwoy Goes At Each Other On Social Media