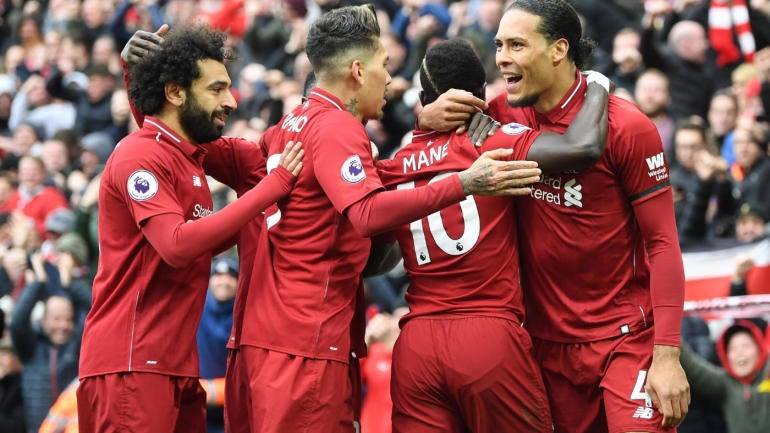 Liverpool is back in first place in the Premier League with a month to go after an impressive 2-0 win over Chelsea at Anfield on Sunday.
READ ALSO: Don Jazzy reacts to false reportage about him

The Reds fell from first to second following Manchester City\’s 3-1 win over Crystal Palace earlier in the day, but Jurgen Klopp\’s club delivered under pressure to go two points clear atop the table and grabbed its 27th win in 34 league games. Here\’s what you need to know and see:

Two goals in three minutes completely changed the tide in what was a lovely window of dominance for the home team. First there was Mane\’s header goal that opened the scoring:

Advertisements
He also tried to blow snot on Hazard right after, which was odd.
READ ALSO: Kumawood Stars joins Abena Ghana to name her baby

The most telling statistic

Liverpool out-shot Chelsea 15-6. The Reds really took it to Chelsea and were the more threatening team all game long. It never really felt like Chelsea would score unless Hazard was running at goal. Defensively Liverpool did enough in the middle to really prevent as much build up as Chelsea would have liked.

What the result means

Click on this link to download SIR KENN App to get the stories whenever we post it here wherever you are
🇬🇭ADVERTISE YOUR MUSIC, VIDEOS & OTHER BUSINESS WITH US FOR THE BEST RESULTS @ THE MOST COMPETITIVE PRICE. CALL OR WHATSAPP THIS NO. 0205315950🇬🇭.

@iamcountrymansongo how could you Powered by sirk