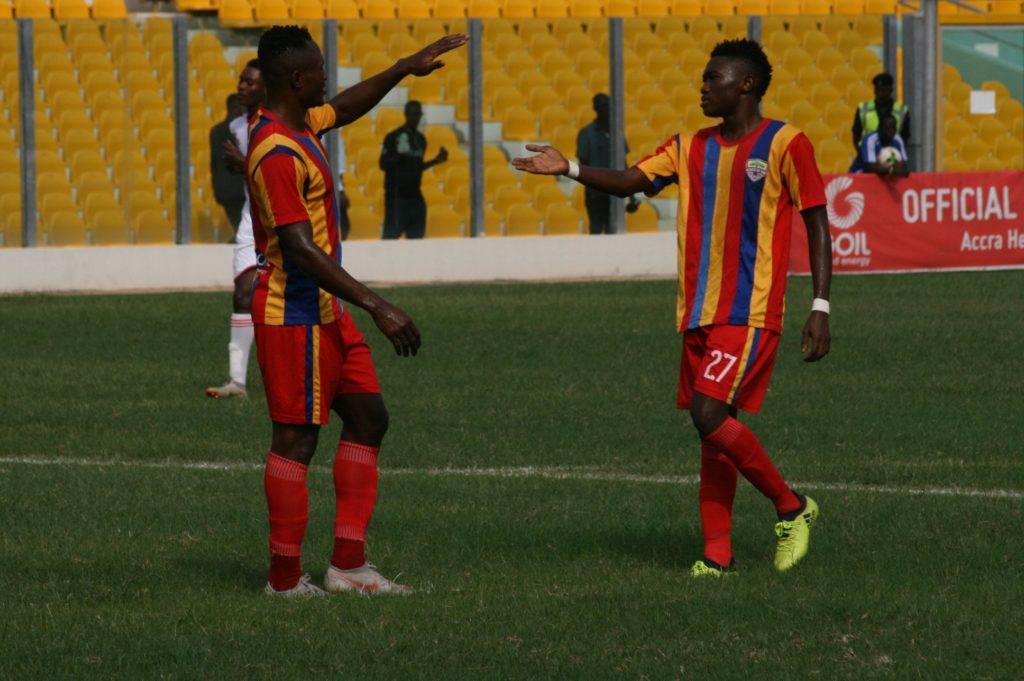 Kim Grant boys displayed a very fine performance which landed them all the maximum three points after scoring 4 goals to nil. Michelle Sarpong, Abdul Fatawu Mohammed, Abdul Umar Manaf before Kofi Kordzi cemented the victory for the Phobian side.

At Obuasi, Ashanti Gold came from a goal down to beat Berekum Chelsea 2-1 after Forster Ali Braimah opened the score for the day before Emmanuel Owusu and Richard Djodi scored for Ashanti Gold.

Elsewhere Yahaya Mohammed and Fataw Abdulrahman beautiful goals were enough to grab all the points for Dormaa Aduana Stars as the recorded a 2-0 over Bechem United.

The Anyinase boys continued their winning ways as the beat Elmina Sharks by1-0. Emmanuel Osei Baffour scored the only goal.

Ebusua Dwarfs lifted their game to defeat International Allies by 2-1. Albert A. Hammond and Isaac Donkor were on target for Dwarfs whilst Effiong Nsungusi Jnr gave Inter Allies the consolidation goal at the cape coast sports stadium.

Dreams Football Club shared points with Liberty professional at the Dawu park in a goalless draw.

Follow the link download our SIRKENN App and get the stories soon as we publish it.
🇬🇭ADVERTISE YOUR MUSIC, VIDEOS & OTHER BUSINESS WITH US FOR THE BEST RESULTS @ THE MOST COMPETITIVE PRICE. CALL OR WHATSAPP THIS NO. 0205315950🇬🇭.
Source: sirkenn.com

Ebony to repay GHC35,000 for failing to perform