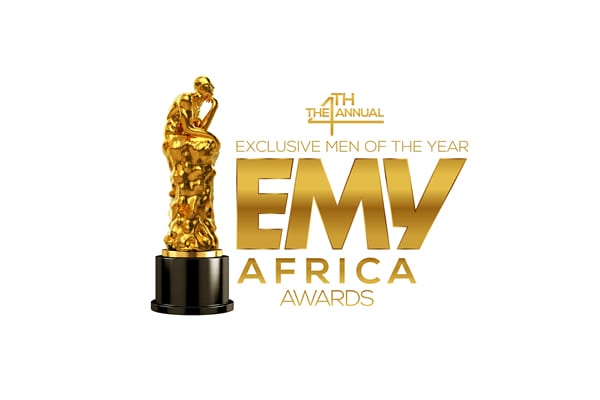 Two of Ghana\’s young and talented musicians King Promise and Kuami Eugene have been shortlisted in the nominees list announced by organisers of Exclusive Men of the Year (EMY) Africa Awards 2019 edition.
READ ALSO: THE SUPER 2: Hearts clash Kotoko in NC Special cup
Other personalities include Giovani Caleb of Onua FM, Bernard Avel (Citi FM), Samson Lardy Anyenini (Joy FM), Okay FM Gilbert Abeiku Santana and others are in the best communication category.
The event which was held at the Movenpick Ambassador Hotel on Thursday, May 23 seeks to honour notable men and women in Ghana and across the continent who have distinguished themselves in the development and progress of families, societies and the African region at large.
In all, there are 29 categories for which they have been divided into two; which is the honorary and competitive awards.
READ ALSO: Okyeame Kwame sends touching message to Sarkodie
Six categories are under the competitive awards and they are; Young Achiever Award for both male and Female, Brand of the Year Award, PAV Ansah Communicator Award, Discovery of the Year Award, Man of the Year Sports Award and Man of the Year Entertainment Award.
COMPETITIVE AWARD CATEGORIES
For the competitive awards, a final list of nominees will be shortlisted from the nominations submitted by the public and certified by the faculty with the aid of our event statisticians. The list will then be put out for the public to vote. The winners in the respective categories will be unveiled at the event.
Young Achiever Award for Male
Shadrack Frimpong
Gregory Rockson
Sangu Delle
Kelvin Nyame
Young Achiever Award for Female
Akosua Dentaa Amoateng
Beryl Agyekum Ayaaba
Abena Brigidi
Afua Osei
THE PAV ANSAH COMMUNICATOR AWARD
Named in memory of Paul Archibald Vianney Ansah, this award recognises a communication professional who is an opinion leader with the most positive outreach, and an inspirator with the most influence.
Giovani Caleb
Bernard Avel
Samson Lardy Anyenini
Gilbert Abeiku Santana
Asare Kwaku Adjei
READ ALSO: Fifa stops plans to expand Qatar 2022 to 48 teams
MAN OF THE YEAR – ENTERTAINMENT
This award recognises the most prolific and consistent personality in the entertainment industry in the year under review. He must be Ghana-centric and have reach that extends beyond the country’s borders.
King Promise
Kuami Eugene
Peter Kofi Sedufia
Louis Lamis
MAN OF THE YEAR – SPORTS
This award recognises the most prolific and consistent sports personality in the year under review.
Thomas Partey
Richard Commey
Christopher Forrester Osei
Ezekiel Nana Ziggy Ansah
DISCOVERY OF THE YEAR
This award recognises a young adult male who is emerging in a chosen industry. He must exhibit peer leadership skills and be a budding pillar of community.
BRAND OF THE YEAR
This award recognises an African brand that has a male brand positioning and is a champion in its industry category based on the current year market prominence and consumer preference.
Themed at “Positioning the new African for a paradigm shift”, the event comes off on Saturday, June 22.
Follow the link download our SIRKENN App and get the stories soon as we publish it
🇬🇭ADVERTISE YOUR MUSIC, VIDEOS & OTHER BUSINESS WITH US FOR THE BEST @ THE MOST COMPETITIVE PRICE. CALL OR WHATSAPP THIS NO. 0205315950🇬🇭.
Source: sirkenn.com

AUDIO: KiDi Speaks On The High Ticket Prices For His ‘Live With KiDi Concert’