The management presented the car to the music group as part of the packages promised them when they signed.

Advertisements
GEM media, is a subsidiary of the gold firm, Golden Empire Legacy Ltd.
Other details left to be fulfilled in the contract by both parties includes the recording of 3 solid albums within the 2-year contract period, financing and promotion of music videos and audios released within the contract period by Golden Empire Legacy, a marketing and ambassadorial deal and a 3-Bedroom House each.
Keche made up of Joshua Ampah and Andrew Cudjoe is currently one of the most consistent and versatile music groups in West Africa.
The group have songs like \’Sokode\’, \’Flavour\’, \’Pressure\’, and \’Aluguntugui\’ to their credit.

See the cars below; 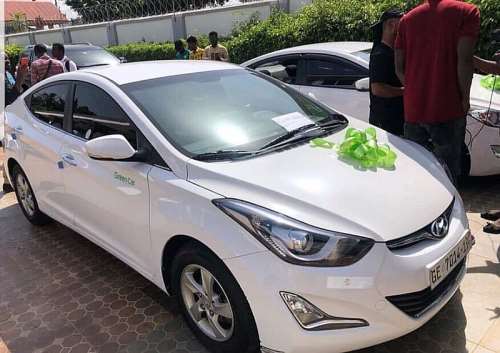 Why is she laying on grass in a wedding dress?