Advertisements
1146 Shares Share on Facebook Share on Twitter
This is the official 23-man squad that will hold the flag of Ghana high at the upcoming 2019 African cup of nations in Egypt.
READ ALSO: Late Ebony’s father signs first musician to his record label 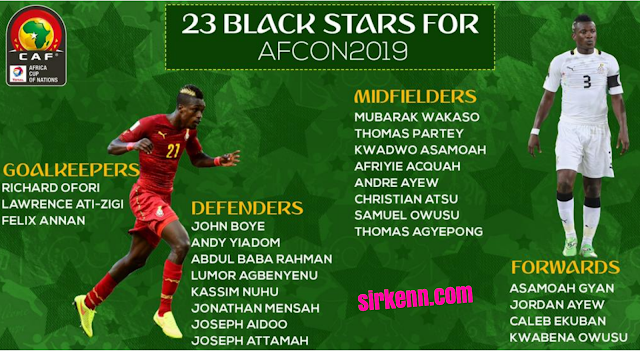 @iamcountrymansongo how could you Powered by sirk