Skip to content
CELEB NEWS
SIR KENN
No Comments
Share
Popular South African, singer Nichume Siwundla has died after an apparent suicide, a statement sent on behalf of her record label, Top Chap Media, has confirmed.
READ ALSO: Fans troll Benedicta Gafah on social media
The singer, well known for featuring on Mobi Dixon’s track Buthiza, hailed from the Eastern Cape and was also a qualified ophthalmologist.
“Nichume was found at a friend’s place last night following an apparent suicide,” the statement reads.
Following the success of Buthiza in 2017, Nichume was signed to Top Chap Media which was founded by Mobi Dixon. The pair recently released their single Thobela.
READ ALSO: WATCH VIDEO: I won’t leave my man Because he cheated on me – Fela Makafui
“I’m distraught. I will remember Nichume as a bright light at Top Chap Media where we signed her. She was not only my first artist, but we had grown so close in the past three years that she became my little sister. She truly is gone too soon. may her soul rest in peace,” Mobi said about the singer’s untimely death. 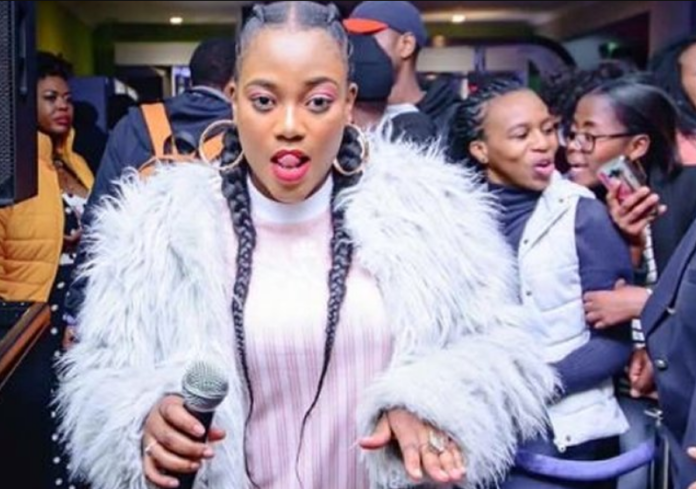 South African singer, Nichume Siwundla
Speaking on behalf of the family, Nichume’s brother, Qamani Siwundla said “we, as a family are in absolute shock as to what has happened. Learning that your sister has succumbed to emotions and taken her own life can never rest well.”
READ ALSO: Actress Ahuofe Patri message to her critics
“We obviously are left with a lot of questions but also know that she had one of the strongest characters in the family. Whatever she was feeling at that moment triggered immense hopelessness. We stand united as a family during this difficult time. Nichume was so loved and appreciated. We are proud of all her achievements,” he added.
Minister of Arts and Culture, Nathi Mthethwa, took to Twitter to convey his sympathies.

“We’re deeply saddened by the tragic passing of a shining star, the celebrated musician Nichume Refeloe Siwundla – a talented daughter of the soil whose lovely voice reverberated in our hearts & gifted us lasting memories. We send our deepest sympathies to her loved ones,” he wrote.
Click on this link to download SIRKENN App and get the stories soon as we publish it
🇬🇭ADVERTISE YOUR MUSIC, VIDEOS & OTHER BUSINESS WITH US FOR THE BEST @ THE MOST COMPETITIVE PRICE. CALL OR WHATSAPP THIS NO. 0205315950🇬🇭.
Source: Naija News